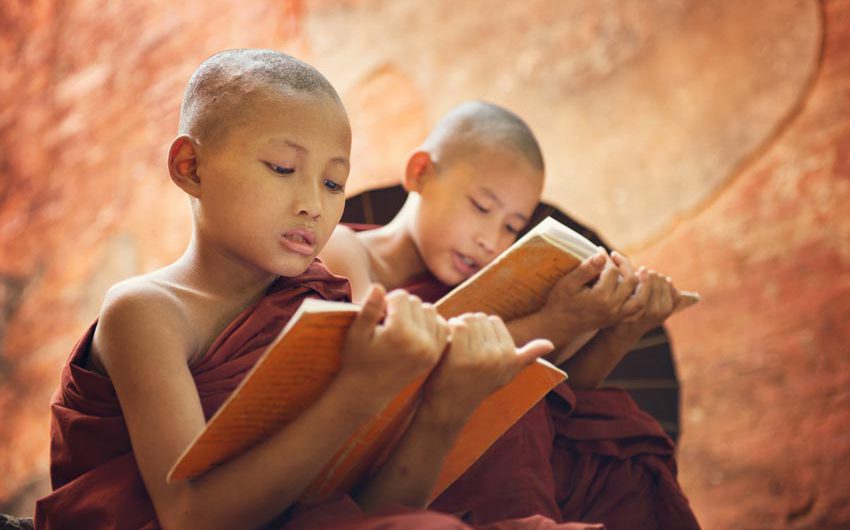 When planning to visit a temple in Cambodia, it is important to understand a little about the Buddhist religion and some underlying local superstitious beliefs. Buddhism is the official religion in Cambodia.  More than 95% of the Cambodian people belong to this religion --- it takes a part of the national identity. The slogan of the country is “Nation King and Religion”. The religion of the Buddhist Khmer is a mix of Animism and Brahmanism. Their universe is populated by genius and spirits, good or bad, protector or destroyer. They also believe in  reincarnation and in souls being present in every person, living or not. Superstition is very current in Cambodia. All aspects of everyday life of people and in diverse events, such as the construction of houses, pregnancy, etc., are governed by superstitious beliefs. Example of beliefs: To change the name of a sick person in order to deceive the spirits. Do not pass under a clothesline, as it is considered as impure (due to the underwear). Some children wear a key around their neck to prevent the king of hell from entering their body. People who wear a Buddha pendant around their neck have to put it in their mouth when they go to the toilet, so as not to lose its protective effect. If you enter in a temple with a hat, in your next life, you will be bald. If three people have their photo taken, the person in the middle will die quickly or will have problems in their life. When a gecko begins shouting in the form of cawing, you have to make a wish (if the cry is greater or equal to 5 and odd, the wish will come true). It is not advisable for two people of the same age to marry

When planning to visit a temple in Cambodia, it is important to understand a little about the Buddhist religion and some underlying local superstitious beliefs. Buddhism is the official religion